About Silestone® by Cosentino

The worldwide brand leader in quartz surfaces, Silestone® by Cosentino, consists of more than 90% natural quartz. This high-tech material is highly resistant to stains, knocks and scratches, and has a low level of fluid absorption. It also has an exclusive bacteriostatic property, several product guarantees and certificates and the upper level of service, quality and responsibility of the Cosentino Group. Silestone® comes in (over) OR (up to) 60 colours, three textures and several different formats; making it a versatile product with large format pieces without joints. Thanks to these special properties, Silestone® surfaces are highly suitable for the kitchen, bathroom and demanding buildings such as hotels, restaurants, hospitals, laboratories etc.

Silestone® also includes a recycled series called Eco Line, which establishes a new standard for sustainable construction and design. Eco Line is manufactured with at least 50% recycled raw materials. It is a pioneering and eco-friendly product which sensibly makes use of natural resources and offers beautiful design and excellent performance.

Silestone® is present in some of the world’s most unique constructions, such as the Hotel Burj Al Arab in Dubai, Wembley Stadium in London, Jean Nouvel’s Agbar Tower in Barcelona and Telefónica’s flagship store in Madrid. Silestone® is also present in the prestigious kitchens of the Basque Culinary Center in San Sebastian, and of recognised restaurants like David Muñoz’s DiverXO, Andoni Luis Aduriz’s Mugaritz in Rentería, Dani Garcia’s Calima in Marbella and Sergi Arola’s Gastró Arola in Madrid. International celebrity chefs such as Jose Andrés have prepared their best recipes in kitchens equipped with Silestone® worktops.  Since 2011, the Cosentino Group has sponsored and been the official provider of worktops for “The World’s 50 Best Restaurants”.

Silestone® was the first quartz surface brand to advertise in the biggest publicity event in the world, the US Superbowl in 2005. Since then, Silestone® has been one of the main sponsors of the NBA US basketball team, Houston Rockets. Currently, Silestone® also sponsors Unión Deportiva Almería, a team in the Spanish first division football league.

Pioneering quartz surface, Silestone® has revolutionised the global stone industry and its growth has been unstoppable, to the point where it has become the world’s leading brand, with its main markets being the US, Spain and the UK in terms of sales. 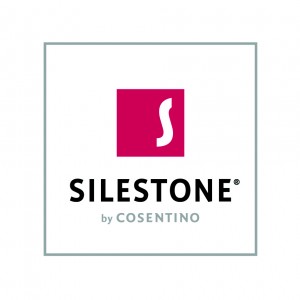